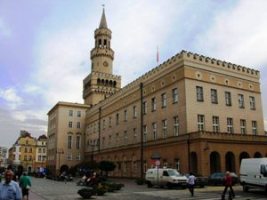 Roanoke County entered into a partnership with Opole, Poland on November 30, 1994. Opole and the County became sister cities to create an exchange of cultural and social information for the enrichment of both communities. Additionally, it provided both communities with an opportunity to gain new perspectives and insights into the inner workings of a local government in a different country.

Opole, capital city of the Opole region in Poland, has a population of 130,000 and covers an area of approximately 60 square miles. It is situated on both banks of the Oder river in the Silesian Lowland. The first traces of the settlement go back to the end of the 8th century and the town of Opole was founded during the years 1211-1217.

Opole Coat of Arms. Opole is a center of industry, trade, banking, culture and education. It lies along international route E-40 and on several important inland roads leading to Warsaw and Poznan. The city is also an important railway hub. The Odra is included in the West-European system of waterways; however, water transportation is not used on a large scale. 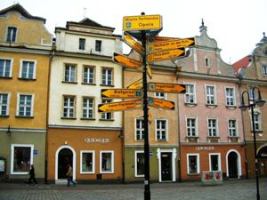 The city operates a central heating plant, a water treatment plant and sewage facilities. There are numerous sports facilities including those for tennis, swimming and skating. Opole has five hospitals and 43 clinics for outpatient treatments. There are hotel sleeping accommodations for 398. In addition, the city hosts four museums, three cinemas and 22 libraries.