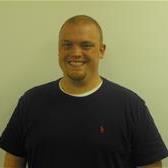 2014 Supervisor of the Year

CTS Ferguson is the supervisor of the year for 2014. This award is nominated and voted on by his peers and subordinates.

Chase Ferguson has done an outstanding job with handling difficulties in schedules, high stress calls and maintaining moral on his shift. He regularly gets feedback from every member of his platoon and constantly seeks to improve efficiency and accuracy. He is always willing to work with CO's to allow needed time off during a time when we are very understaffed. His good attitude, positive influence and situational thinking has allowed C platoon to not only run smoothly but excel. Chase's shift has been nominated for shift of the month several times which show the dedication and commitment of a true leader.

2014 Communications Officer (CO) of the Year 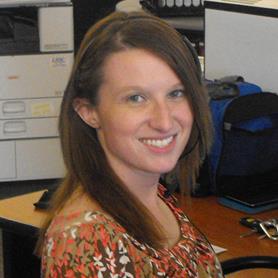 CO Eakin is the Communications Officer of the year for 2014. This award is nominated and voted on by her peers and subordinate. Carrie Eakin is always a team player.

She continuously assesses incoming calls to ensure everything is completed correctly and offers to assist with others' workload. She goes above and beyond the call of duty, thinking outside the box and using all resources available. She is very knowledgeable in the job and enjoys what she does. Carrie was individually recognized in June for her professionalism on a working structure fire.

There were several different tasks to be accomplished along with heavy radio traffic. Carrie remained very calm, clear and concise in her radio traffic. She was again recognized in October, when she was filled in as a trainer and received a call from a kayaker who had found a body face down on the rocks. Carrie notified her co-workers of the situation and took over the call. This didn't stop her from dispatching several other calls while still on the phone with the caller. She is an extraordinary communications officer and an outstanding asset to our center. 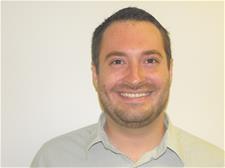 CO White is the Communications Rookie of the year for 2014. This award is nominated and voted on by his peers and subordinates.

Chris White shows good qualities of a dispatcher, he pays attention to detail and strives to do his best. Chris was recognized for a call involving a suspicious vehicle with the door hanging open. The officers were unable to find the owner's information. From the owner's address on his concealed weapons permit, which didn't match the vehicle registration or the driver's license, Chris was able to contact another jurisdiction and track down a valid phone number for the individual. If it weren't for Chis thinking outside the box, this individual may not have been tracked down for several days because he was a truck driver out of the state.

Chris has already showed that he is a great asset to our center.